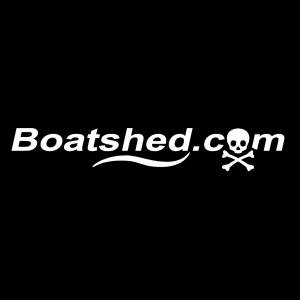 Avast me hearties! Didn't mean to hornswaggle ye ......but......It's International Talk Like A Pirate Day celebratin' public pirattitude around the world. Come and talk like a pirate on the Boatshed.com stand BO53 at the PSP Southampton boat show.

The basics: Pirate lingo is rich and complicated, but here are the five basic words that you cannot live without.

Aye! - "Why yes, I agree most heartily with everything you just said or did."

Arrr! - This one is often confused with arrrgh, which is of course the sound you make when you sit on a belaying pin. "Arrr!" can mean, variously, "yes," "I agree," "I'm happy," "I'm enjoying this beer," "My team is going to win it all," "I saw that television show, it sucked!" and "That was a clever remark you or I just made." And those are just a few of the myriad possibilities of Arrr!

If you want to expand your grasp of the piratanical lexicon........then here are a couple of links to sail to.....