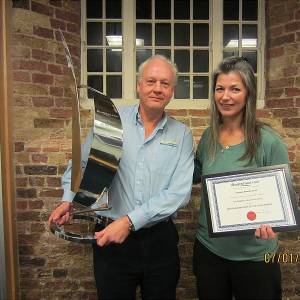 Boatshed Scotland won the trophy for "Yacht Broker of the year" at the 2014 Boatshed Conference and Awards ceremony.

This event was held at the Excel exhibition centre during the London boat show. Boatshed offices travelled from across Europe to London to share best practice, discuss ideas and develop new strategy for 2014/15.

Nearly half of Boatshed's 50 office network were represented at the event. The range of brainstorming and discussion sessions along with a series of training workshops were held.

Following the conference an award ceremony was held, where Boatshed Scotland won "Yacht Broker of the year". Ian Sawkins Managing Director of Boatshed Scotland said "this is the first time this trophy will be going North across the border and I am absolutely thrilled"