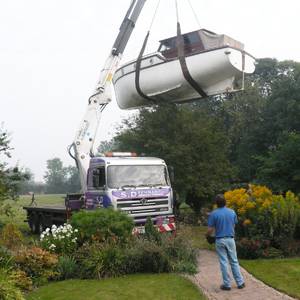 This motor boat belonged to some Boatshed Yorkshire customers who had had it in their back garden for 15 years as a project which never progressed.

When they decided it may be time to downsize house the boat had to go so they asked me to sell it. This was the easy bit because they were very sensible with the price. The hard part was removing it.

Originally it had been brought in on a trailer, round the back through a field, jacked up and lowered onto wooden chocks. In the following years a tree had grown up in front of it, a flower bed had prospered, lawns and path laid and there was an underground sceptic tank next to it.

As it happened I knew a local transport firm-S.D.Tennant-which has a wagon with built in crane. Steve Tennant came to survey the scene and said he could do it despite the access though several fields, not to mention the village being surrounded by sharp bends, canals, low weight limit bridges, etc.

The day arrived, garden fence removed, ditches filled in with hard core and everything went perfectly with minimal disruption to the sellers' property. The boat was last seen going past the front of the house on its way to the South Coast. Brilliant! 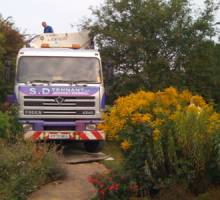 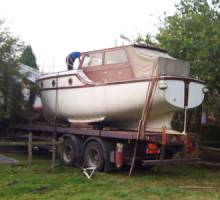 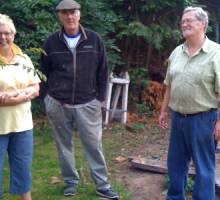 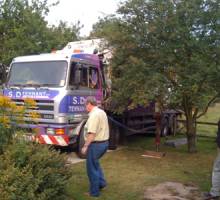 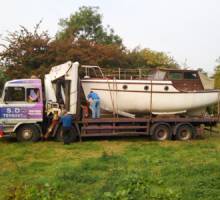 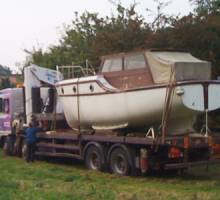