Boatshed
Danish SV Capibara - When you’re on a holiday all the time
Friday, 22 August 2014 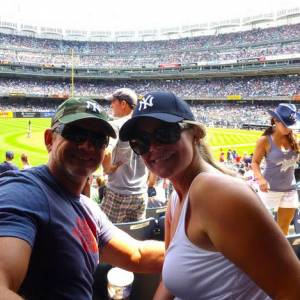 In the marina the other day we talked to a young couple from Europe, who had been sailing for five years and were now heading north. Their plans were a little uncertain:

They were going to work during the winter, but they didn’t know if they should continue sailing after that. “I’m just so sick and tired of never staying in one place!”, she said. I was almost slamming my chin down to my chest to show her, how much I agreed with her. Even though I love travelling, I tend to find it a bit unsettling and rootless never to belong anywhere. I think that Henrik experiences this differently, though, and maybe it’s the same for many men: He feels at home on board Capibara.

When other people ask us about our plans, Henrik normally says that it depends on me: That maybe I would like to go home and get a carrier at some point. Other cruisers normally meet this with: “A carrier? Oh, that is hugely overrated!”

Another sailor also said that work is something you do to be able to travel the world. If we were already doing it, what was then the point? I do feel ashamed and ungrateful when I think that being on a constant holiday is not pure bliss, but the “problem” is that we are always experiencing something new.

When we were in Chicago last week, I had to force myself to go out and see the city, even though was tempted just to stay in the hotel and watch television. I was just so full of experiences and completely indifferent about Chicago! When we go through our photo album from just this year, we can’t believe that we've actually experienced all of this.

It feels like many years of travelling compressed into just a few months, and we can barely remember what we have experienced. Some times I just need a break from all the adventure!

At the moment we talk about maybe going back to Denmark in one and a half year to have a year’s break from being on holiday. There’s no doubt that this is mainly for my sake, but I think it would be nice to live a “normal” life back home for a while. Henrik might be a bit worried that I get too much of a taste for the life on land, but I'm sure that a cold and dark Monday morning in February can make me want to be back on holiday!

We spend a Sunday afternoon at Yankee Stadium. Luckily, the weather was good, because the Yankees only got one point in the last inning. None of us will probably become big baseball fans! 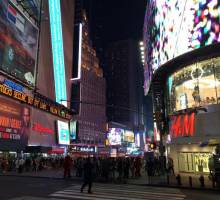 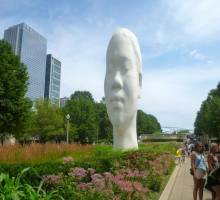 Luckily we managed to see some of Chicago anyway. This is from the Millennium Park.