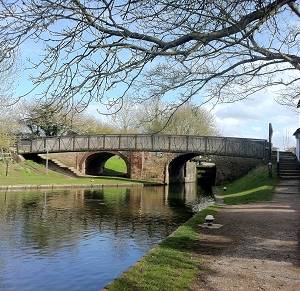 England’s canals and rivers are like a mysterious parallel world that exists alongside our ordinary world: Unless you are a narrowboat owner yourself you may have several misconceptions about boating and canals. Here are 8 little-known facts about England’s canals that dispel a few myths and reveal what’s real about the UK waterways.

The Vikings have now left England! The chances are you are looking at a narrowboat. Contrary to popular misconceptions narrowboats have nothing to do with Viking long boats.

A typical narrowboat may have 10 windows, 2 portholes and glass doors at the front. A boat that is all portholes can sometimes be a little dark inside, but many boats are light and airy within. Some designs have a little ‘pigeon box’ on the roof which lets light in through the ceiling. Others may have a sort of glass fish-eye lens in the ceiling.

A narrowboat will generally have running water, heating, a full size cooker, gas and a fridge. It is way more comfortable to go on a canal boat holiday than to spend the night in a tent.

4) I think the council looks after the canals

Your local waterway is likely to be managed by the Canal and River Trust or the Environment Agency.

5) Cyclists generally have right of way on the towpath

Absolutely not. They should be considerate to pedestrians and bear in mind that boaters may need some space when mooring up and pulling a boat in by its ropes.

6) The canals were built for leisure boating

No, they were originally a major transport system carrying cargo. (Were roads originally built for cars?)

7) There Are No Fish in the Canals

Ask a boater fishing from his boat, or an angler minding his own business on the towpath if there are fish in the canal. Anglers tell me that the question does get asked and is usually greeted with a puzzled expression because of course, would anyone really be fishing here if there were no fish?

8) Is the Hackney canal connected to the Paddington canal then? How far can you go?

Yes. The London canals are connected to one another and you can travel by canal up to Birmingham, Manchester, Leeds and then right on up to York! People are amazed at the extent of the canal network and that most of it is still connected. There are about 2000 miles of navigable canals in the UK.

There are parts of the 2000 mile network that do not yet have a local Boatshed brokerage. Would you like to work on the inland waterways? A Boatshed business could earn you £80,000+ p.a. We’ve made great headway in becoming the world’s largest brokerage, we’re now seeking enterprising people to join our ranks. All business models include training and support, marketing materials and access to the ground breaking Boatshed™ System. Find out more at BoatshedBusiness.com

You may also like:
How to buy a boat – the process / Thinking of selling your boat? / Floating Market Returns to Birmingham / 2013: Our amazing year! / Get started with your own Boatshed business / More news articles and stories.

See when the next boat auction is.