I have been a member of this club since 1989 and have sailed in the past,
a Mirror and an Enterprise as well as looking after the club bar for 14
years. It has its own clubhouse which is situated on a very nice stretch
of the River Ouse about 5 miles downstream from York.

River sailing is an acquired taste and not everyones' but has always been
popular here, but occasionally we need to boost the membership. There have
been various open days before with varying degrees of success. In the past
adverts have been placed in press and PR coverage achieved in the media
but this time the Commodore Steve Chilton decided to produce posters and
invitation cards and send a set to every member.

I received mine and managed to place them with several local marinas
including York Marina, Hull Marina, Viking Marina, Goole Boathouse and
South Ferriby Marina and also York College where my daughter works. Of
course I also mentioned it to as many friends and relatives as possible.
This effort multiplied by the number of members should have had the
desired effect, and sure enough it did.

It became apparent by the number of enquiries that the response was going
to be good and nearer the time with weather forecast being hot and sunny
it was decided to get as many boats on the water and as many members
present as possible.Preparations such as cleaning the club boats and the
clubhouse, organising catering and much else were put in hand.

On the day it was hot and sunny as forecast but no wind. By 12pm all was
ready and a queue of people had built up.I had already rigged the club
Marlin which is a training boat sponsored by Boatshed Yorkshire and on the
dot of 12 I took a party out and managed to sail a reasonable distance and
get back to the club despite the lack of wind. They were followed quickly
by 2 other groups and then I had a break. Six sailing dinghies and four
club Toppers were in constant use till 4 pm as well the two safety boats
taking people for trips to stop them wandering off.

Then it was time to pack away and have a swift pint at the pub across the
road, paid for by a very nice friend as I had no money with me as usual,
and clear off home.

Altogether a successful day and 28 new members signed up. 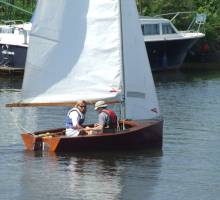 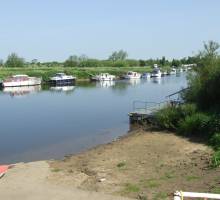 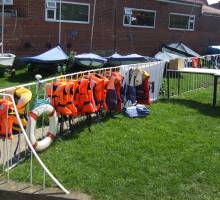 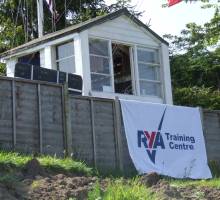 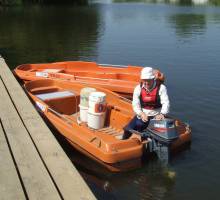 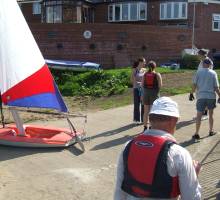 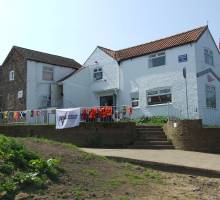 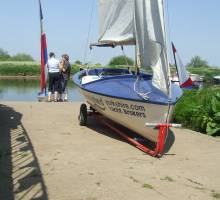 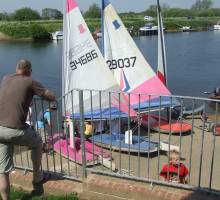