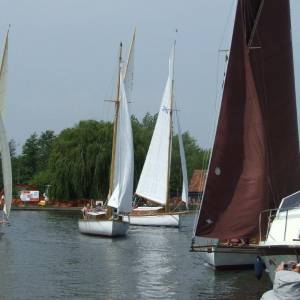 I have taken part in this race three times before but not since 2007. This year being the 50th one our skipper decided it was time to have another go. The race itself covers 57 miles of the Northern rivers of the Broads, over the Rivers Bure, Ant and Thurne-hence the name of the event-and there are 4 turning marks-below Ludham Bridge, South Walsham Dyke, Hickling Broad and Lower Bure(this year Stokesby)-which you can do in any order.

Which way you go round depends on the weather, your speed and the tides. You don't want an adverse tide when the wind drops in the evening. There are endless debates before and after about this. Do you do the short legs first to get them out of the way or crack on to to Hickling or Lower Bure?

This being the 50th anniversary a larger turnout was expected. 174 started compared with around 90 normally so you can imagine the congestion at the start even with 20 odd starts at 5 minute intervals. See my photos.

The event is organised by Horning Sailing Club so the start line is there on a 90 degree bend and the first part of the course is through Horning village a narrow stretch of river with moored boats either side. There is a 24 hour limit and the finish is back at the start line. Luckily my mooring is in Horning just up river from the start so the boat is left there overnight and our programme begins rather leisurely. I cooked bacon butties for the crew and friends and this time another boat joined us. The rest of the crew went off to the briefing while I did the washing up and when they got back we had plenty of time for coffee etc. Bear in mind all the other entrants are hanging on to the river banks strung up quite a distant from the start.

At 11am the first start gun went off. We were to be in start 15 at 12.20. At 11.50 we motored out of the dyke and nosed into the reeds across the other side of the river to raise sails and remove the outboard.

As 12.20 neared we got closer to the line and for once got a flyer. Then the fun began. Ten 30ft River Cruisers trying to tack in a light wind in a narrow space-see the photos! Lots of shouting for water and starboard-completely pointless when no-one has any way on. Lots of comings together, threats, losses of temper and frayed nerves-great fun!

We eventually got going and had caught the previous start-another ten River Cruisers-by the time we had got to the other end of the village. Lots of shouts of encouragement from friends and the numerous parties taking place on riverside properties.

One of the challenges is to get under the bridges-two each way so four mast lowerings- you can see us under Potter Heigham bridge in one of the photos. The experts do it on the run and shoot the bridge without stopping. No engines allowed, you have to paddle and only within the paddling marks. Anything that sails can take part but the mast has to come down.

There were Enterprises, Wayfarers, Norfolk Punts, Thames Raters, local one designs, hire boats, production boats and of course River Cruisers. One of the things that defines a River Cruiser is a mast mounted in a tabernacle with a huge lead counter weight at the the bottom to make lowering and raising easier.

We opted to do the Ant and South Walsham Legs on the way down then Hickling and then Lower Bure. We made generally good progress in variable winds, occasionally struggling against the tide, rounding the final mark at 10.45 then came to a complete stop so we dropped the mudweight to avoid being carried down river by the tide.

Just as we were about to eat our evening meal a gust of wind pulled out the mudweight and we were off again. To cut a long story short we crossed the line at 5.58am Sunday, went back to the mooring and put the boat to bed. I discovered the next day we had come 56th out of 138 finishers-not bad.

Will we do it again? We always say not - but in the pub in the depths of winter we might think differently? 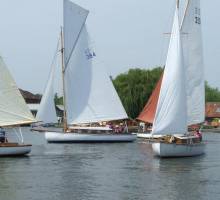 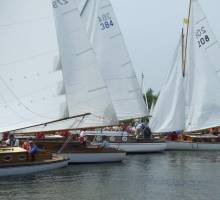 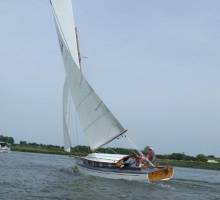 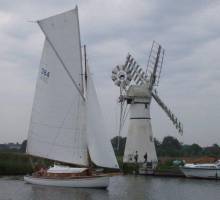 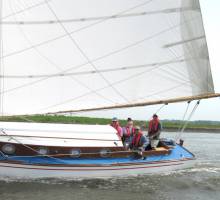 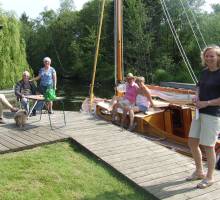 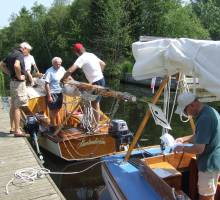 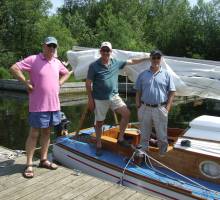 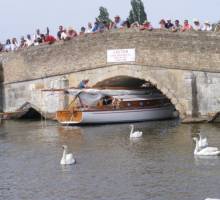